The aurora – then what?

Find a place far away from city lights to lean back and marvel at the night sky. 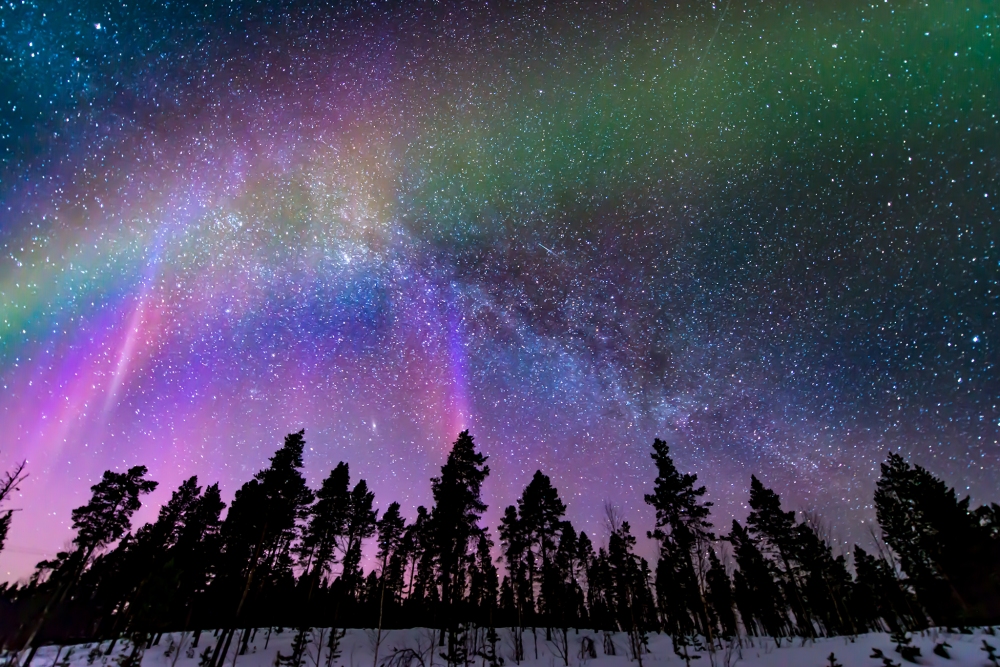 Millions of stars shining bright, so far away you can’t even comprehend the distance, yet they’re all in our very own galaxy.
As your eyes adjust to the darkness you’ll start seeing more and more stars.

There you are, spinning around on a tiny little rock being hurled around a fiery ball of gas.

Moving through time and space wondering what your purpose really is in the grand scheme of things.

The mountain tops you see in the distance, huge compared to us but dwarfed against the backdrop of the vastness of space.
You notice a small, blurry spot of light, different from all the other stars and planets you can see.
Like a tiny little cloud but it’s glowing.
You’re gazing at a whole other world.
Far, far away from all the stars you can see, 2,5 million light-years away from our entire galaxy. 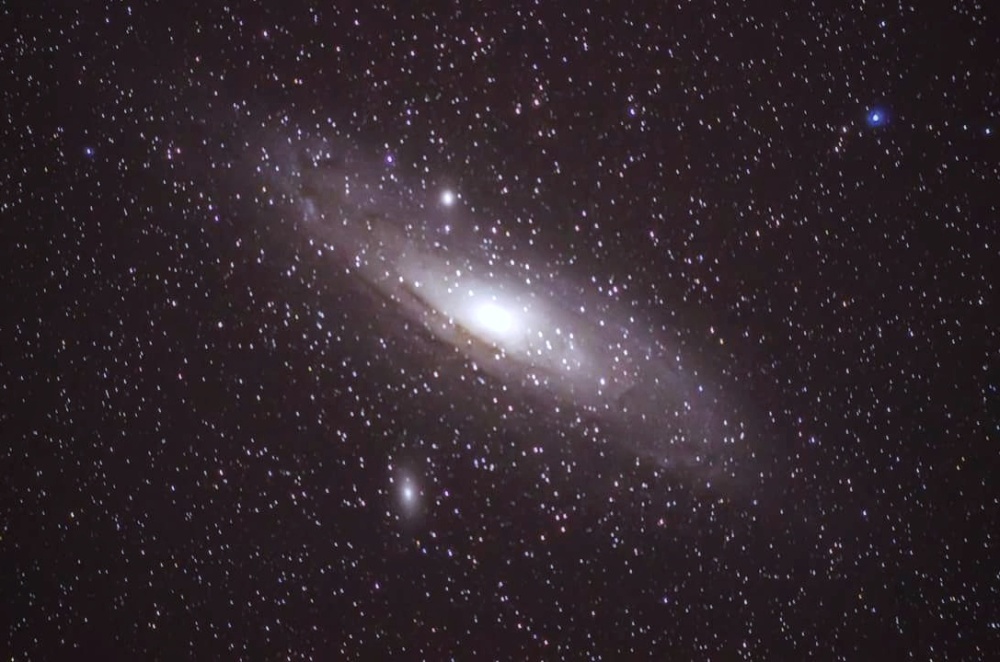 You’re seeing it as it looked 2,5 million years ago, that’s how long it’s light has been  travelling to greet your eyes at this very moment.

The Andromeda Galaxy is the farthest object we can see with the naked eye, so far it’s hard for us to imagine.

If we were to travel at light speed it would take us 2,5 million years to reach it.

Our galaxy, the Milky Way, and the Andromeda Galaxy are actually being pulled closer to each other, at 402,000 kilometers per hour.
4 billion years from now they will finally collide and eventually merge into a new galaxy. “Eventually” in this scenario meaning billions of years from now.

That’s as far as we can see with the naked eye, in binoculars or through a telescope the view is spellbinding.

So what else is there?

Dark sky spots are sadly becoming few and far between but if you manage to find one, far away from light pollution, let your eyes adjust to the darkness. Avoid looking at phone screens or using flashlights, just sit for a while looking at the sky.

As your eyes become accustomed to the darkness you’ll see more and more stars appear. After a while you’ll find it hard to make out the most well known constellations because there are just too many stars.
You notice something strange, a glowing band stretching across the sky. Brighter than the starfilled sky around it, like a gas cloud had been sprayed from horizon to horizon. As you keep watching you see that you’re looking at a band of layers upon layers of stars, our street in the universe, our galaxy from within.

If you focus your attention just south of Orion’s Belt in the constellation of Orion you’ll see another fuzzy “cloud”, the Orion Nebula. You are watching a stellar nursery, a place where stars are being born.

To the naked eye it looks like a gray hazy spot, like a tiny cloud with edges you can’t quite make out.
I remember the first time I saw the Orion Nebula, or M42, through a small telescope, it almost moved me to tears.
When I took a picture of it and saw the colors the sensor in my camera captured, I was blown away.

M42 is located roughly 1,3 thousand light years from us. It feels almost within reach when compared to the unimaginable distance of the Andromeda Galaxy, doesn’t it?

Much closer than that we find our brightest stars, apart from the sun of course.
Sirius, the brightest one, only 8,6 light years away, is visible low down in the winter sky up here.
I say “one” but Sirius is actually a binary star, consisting of two stars but they look like one to us.

And then there’s our home in this galaxy, our corner of the Milky Way: the Solar System.
We can easily see Mercury, Venus, Mars, Jupiter and Saturn with our unaided eyes and Uranus and Neptune through binoculars or telescopes. (Uranus can be seen with the naked eye if your eyes are sharp!)

And then there’s the aurora.
That beautiful cosmic dancer, the mind blowing light show in the sky.
What a beautiful reminder of our magnetic field, always there to protect us.

Apart from all those objects we’ll also see an array of satellites on any given night, not to mention the International Space Station! Sadly we can’t see the ISS from up here but you probably can where you are.

If you’re lucky you might also see some meteors whizzing by, creating a spectacular show as they burn in our atmosphere.
If you’re incredibly lucky, and/or very dedicated, you might even find a meteorite. A piece of debris which has travelled from outer space and survived the harsh journey through our atmosphere before landing here on Earth.
Once part of an asteroid or a comet or maybe a meteoroid, now resting in your human hands.
Wouldn’t that be something?

Buy me a coffee