Can you really see colorful aurora with the naked eye? 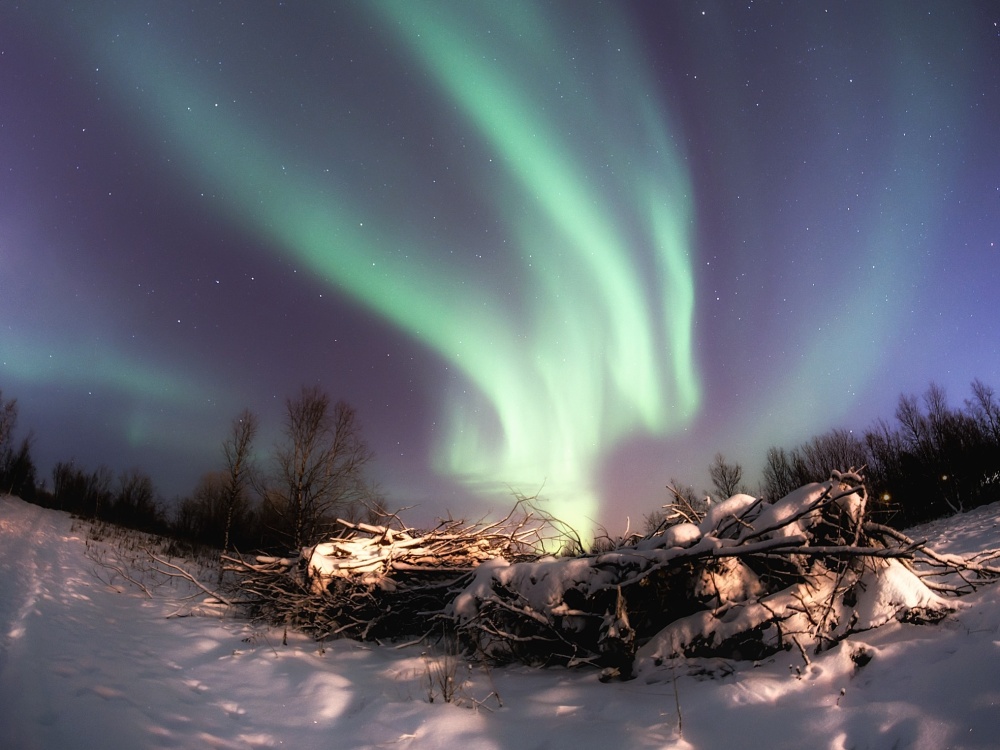 We’ve also seen the articles with headlines asking if we can really see them.
Do they really look colorful to our eyes, are they really bright or is it just photo editing magic?

Every such article I’ve read was written by someone who briefly, maybe for a weekend, visited a region where the northern lights appear and a lot of them came to the conclusion that no, it’s all enhanced photos.

This post is not written by a visitor, someone out to spend a few days investigating the truth.
This is written by someone who lives in one of those regions.
Here in subarctic Kiruna, Sweden, the aurora is just as normal as clouds in the sky. To those of us who have spent our lives under winter skies of green, the existence of brilliantly bright and colorful lights in the sky isn’t up for debate. 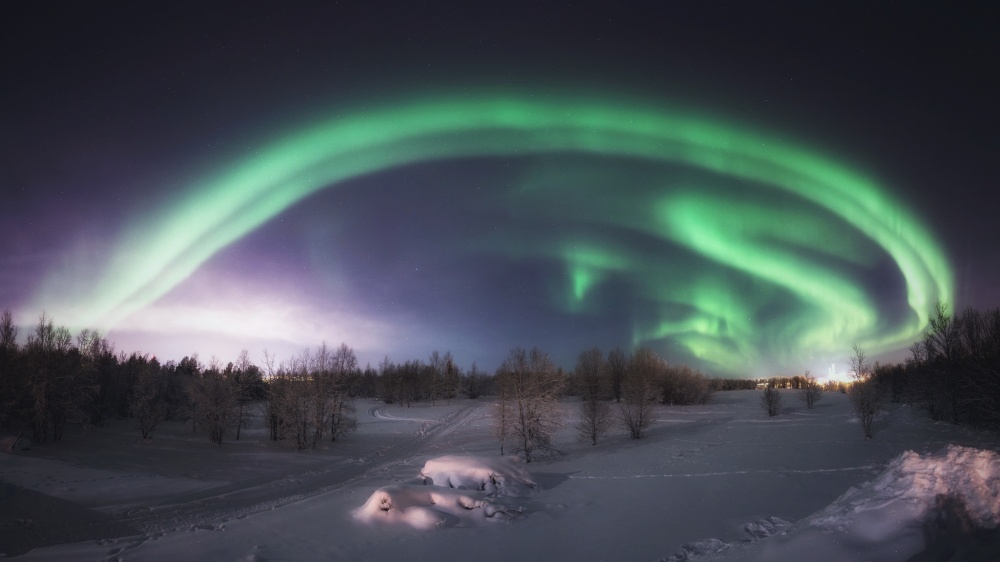 Can you see them shining bright and colorful with the naked eye?   Undoubtedly yes!

Will you?
Impossible to say.

The thing is, you can never know for sure if there will be visible aurora on any given night.
There are forecasts but there are so many variables to take into account, you can never look at a forecast predicting a massive event and be certain that you’ll see anything at all.

The aurora can occur all year and at all hours of the day or night so why do people talk about the aurora season?
The answer is simple: sunlight is incredibly bright, the aurora doesn’t stand a chance to outshine our nearest star.
In the arctic region summer is dominated by the sun both day and night, the same goes for the antarctic region in winter.
During that season it’s impossible to see the aurora.

From September until mid April, that’s the “aurora season” for us in the North. On most clear nights during this period there will be aurora.
You can see the most mind blowing shows, rapidly moving beams of colorful light, flowing veils of green and pink. The kind of sight that makes you stop and stare and gasp for air. 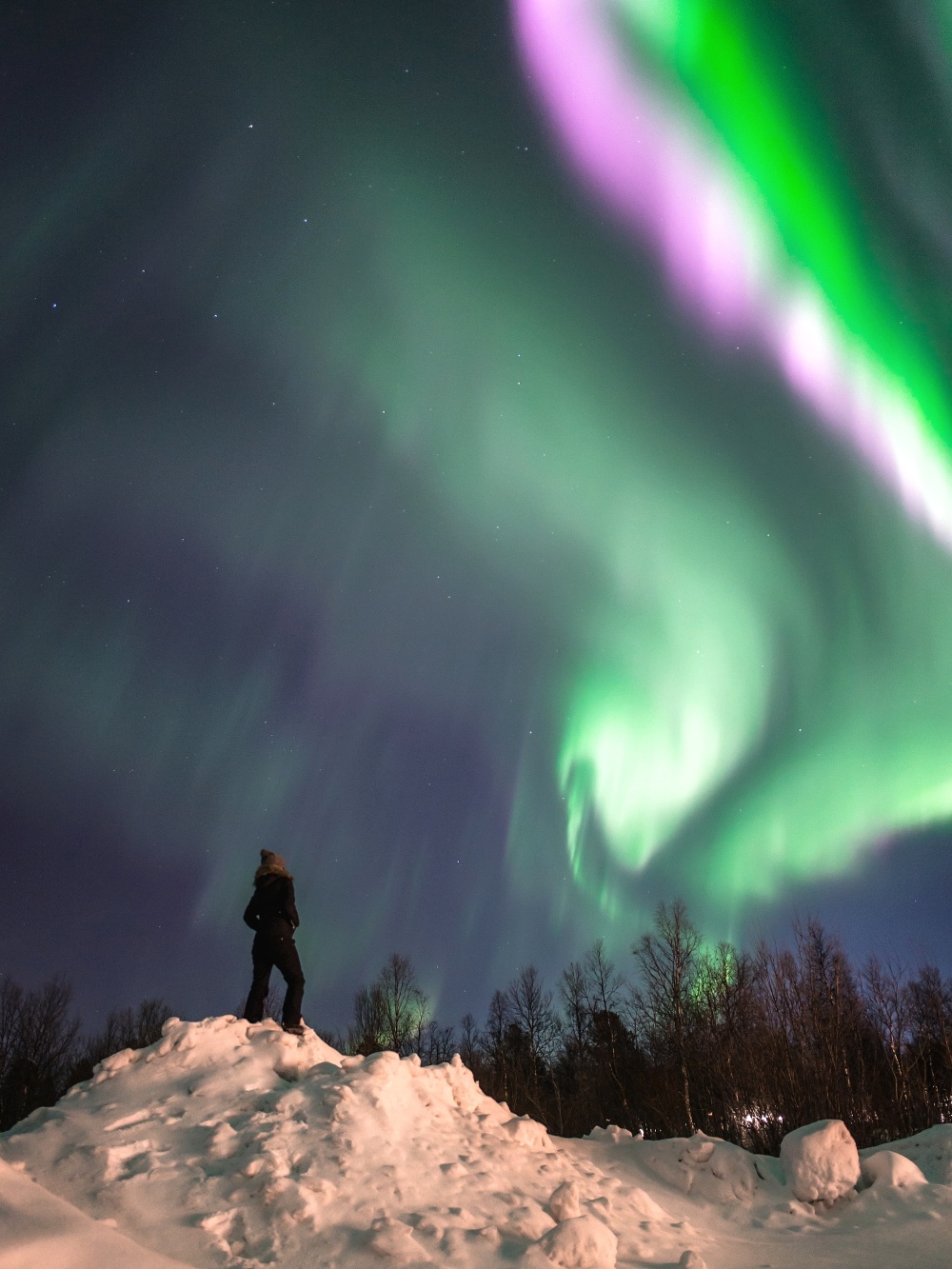 So why do these writers say that it’s all camera magic? I’ve even seen one say that it’s impossible for the human eye to see any color at all in the aurora.

The answer is this: they were simply unlucky or, possibly, have bad night vision.

There won’t be spectacular shows every night.
Sometimes it’s no more than a faint haze on the horizon, a colorless dim band stretching from east to west. You’re not sure if it’s a thin cloud or something else.
In those cases your camera will give a very different image. That faint colorless haze will be green and/or red in your picture.

Sometimes it’s a slightly brighter band reaching higher in the sky, maybe a hint of color and you can see that it is moving.

Sometimes – and these are the times us aurora lovers live for – it’s like a massive explosion in the sky. Lights dancing in every direction, seemingly shooting out of a dark center spot directly overhead. So bright and intense that it feels like you can reach out and touch it.

You can find yourself experiencing any of these examples or even all of them in one single night but you can never know beforehand what you will see.

That is part of the allure of the aurora. 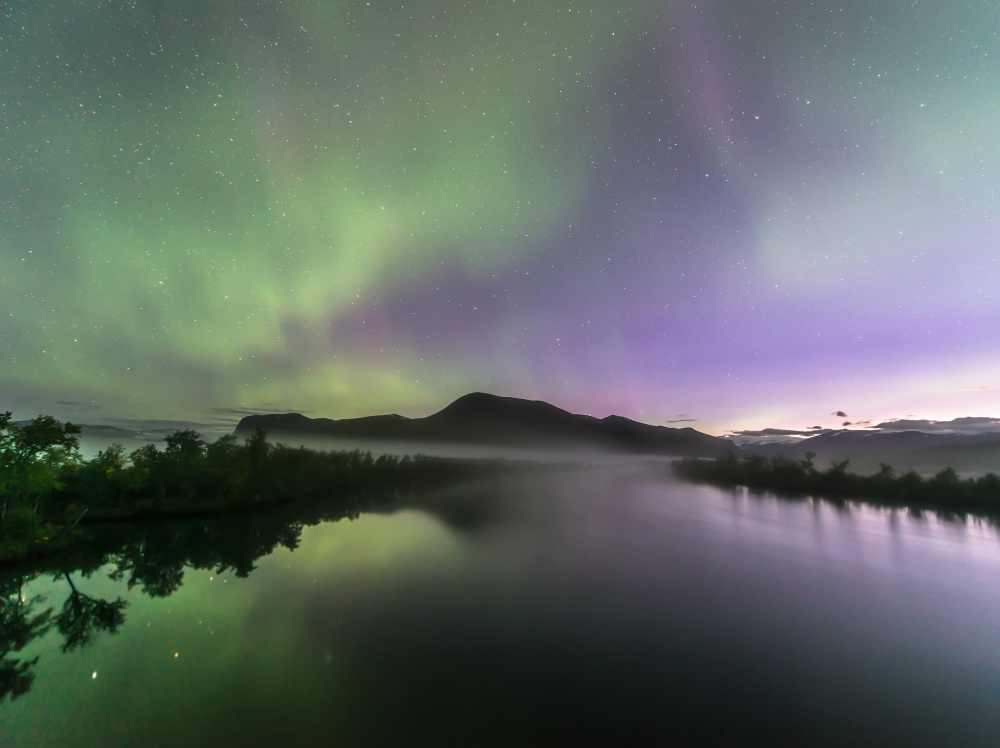 If you find yourself reading one of those pieces on how the colorful lights aren’t really colorful at all, just sit back and think about simpler times ages ago.
Ask yourself why there are old legends about the aurora from every culture around the auroral zone.

Why did Finns centuries ago come up with stories about how those mysterious dancing lights were really caused by the flaming tail of the Firefox, if they couldn’t even see them?
Or in Norse mythology where there is a legend saying that the shining northern lights were reflections from the armour of the Valkyrie?

There certainly weren’t any fancy digital cameras back then when these legends were born so I would be willing to bet that those people saw the lights just as vividly as we do now. 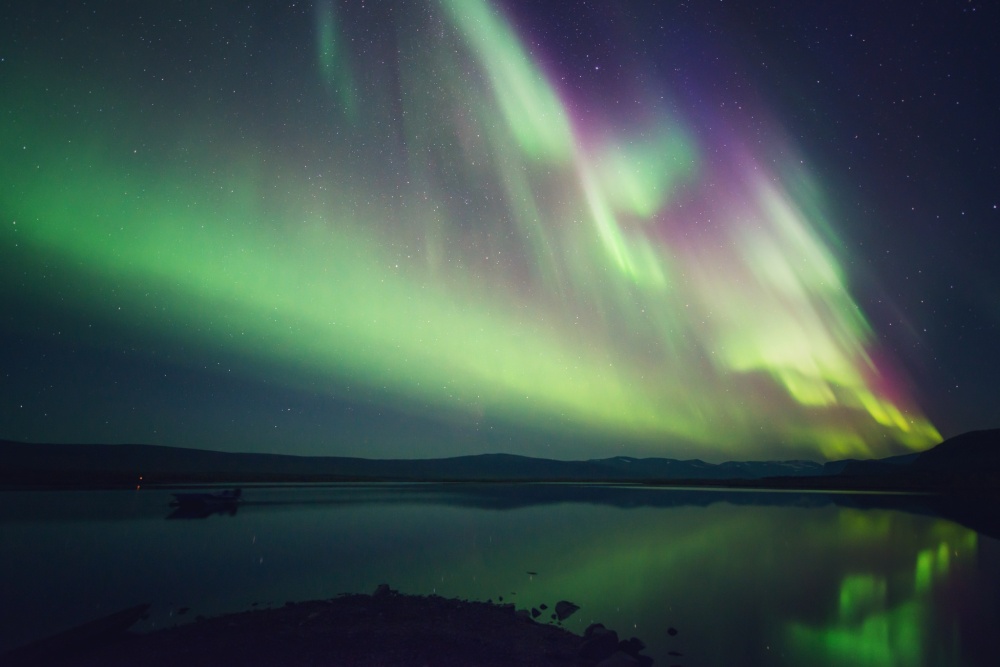 Those of us who have fallen madly in love with the elusive aurora and spend countless clear nights out waiting for them, we do it because when those spectacular shows happen, it’s one of the most beautiful sights a human can ever lay their eyes on.
We wouldn’t be out there in – 40°C weather waiting, sometimes for hours, for something that wasn’t worth it.

Buy me a coffee

← Let’s talk about gear
A summary →

4 Comments on “Can you really see colorful aurora with the naked eye?”